Calissano Alta Langa Metodo Classico comes from the gently rolling hills of the Langhe which have always been considered particularly well-suited to the growing of wines. The history of Calissano as a spumante-producing winery goes back over 120 years when Duca d’Alba Metodo Classico was introduced at the end of the nineteenth century. A pas dosé spumante respecting tradition and enhancing the special qualities of the terroir.

COMPOSITION OF THE CUVÉE: Pinot Nero and Chardonnay. 12,5 %. Pas dosè.

PRODUCTION TECHNIQUE:
Harvest: Hand-picked to facilitate a first selection of the grapes.
Winemaking method: As soon as the grapes arrive in the winery they are transported via rubber conveyor belts so as sustain as little damage as possible as they go into the press. Soft crushing then allows a yield of around 50% from the first pressing. There follows the first alcoholic fermentation in steel and subsequent batonnage lasting some months. Tirage take splace the next spring. After tirage start a slow second fermentation in bottle.
Ageing: on lees of no less than 30 months.

OENOLOGIST’S REMARKS:
Very pale yellow colour with a subtle but consistent perlage. Intense acacia honey and citrus notes on the nose and lingering impressions of bread crust. These aromas are then brought to the fore with a certain complexity on the palate leading to a crisp, entertaining finish. 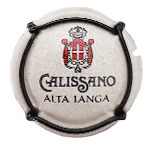 Go to the cellar