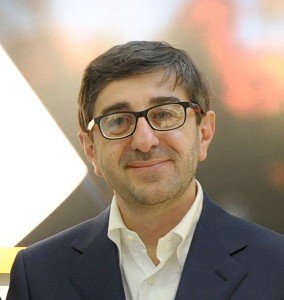 Giulio Bava has been elected President of the Consorzio Alta Langa Docg for the years 2013-2015 during the general assembly of 6 May 2013.

“In a moment of interesting growth for Alta Langa – says the newly elected President – from obtaining the DOCG appellation to the collaboration with remarkable partners such as Giugiaro and Spiegelau, the focus of our work for the next three years, after the 2012 press campaign, will be the promotion of our traditional method amongst Italian restaurateurs and consumers, as well as the increase in number of the producers involved. The first to believe in it must be the Piedmontese people who know the quality and the hard work behind wine growing on the high hills, in order to produce what is the pride of our region”

Giulio Bava: Oenologist, already President of the Assoenologi Piemonte and Val d’Aosta, is the owner, together with his family, of the hundred-year-old company “Giulio Cocchi”, making spumante for 122 years, as well as fine quality aromatic wines. He is amongst the founders of Consorzio Alta Langa.

Together with the President, the Board of Directors, which will lead the association during the next three years, was also renewed.

ALTA LANGA DOCG
The idea of the Alta Langa Project starts in the 80s thanks to the union between the Piedmontese historic spumante producers and the winegrowers in collaboration with the Experimental Oenology Institute. On 5 March 1990 the production of Alta Langa Spumante Traditional Method was made official. In 2002 the DOCG appellation was obtained and starting from the year 2008 the Alta Langa bottles carry the DOCG appellation on the label.

It is obtained from Pinot Noir and Chardonnay and can only be millesimé and grown in vineyards positioned at 250 metres a.s.l. minimum, in the provinces of Asti, Alessandria and Cuneo.